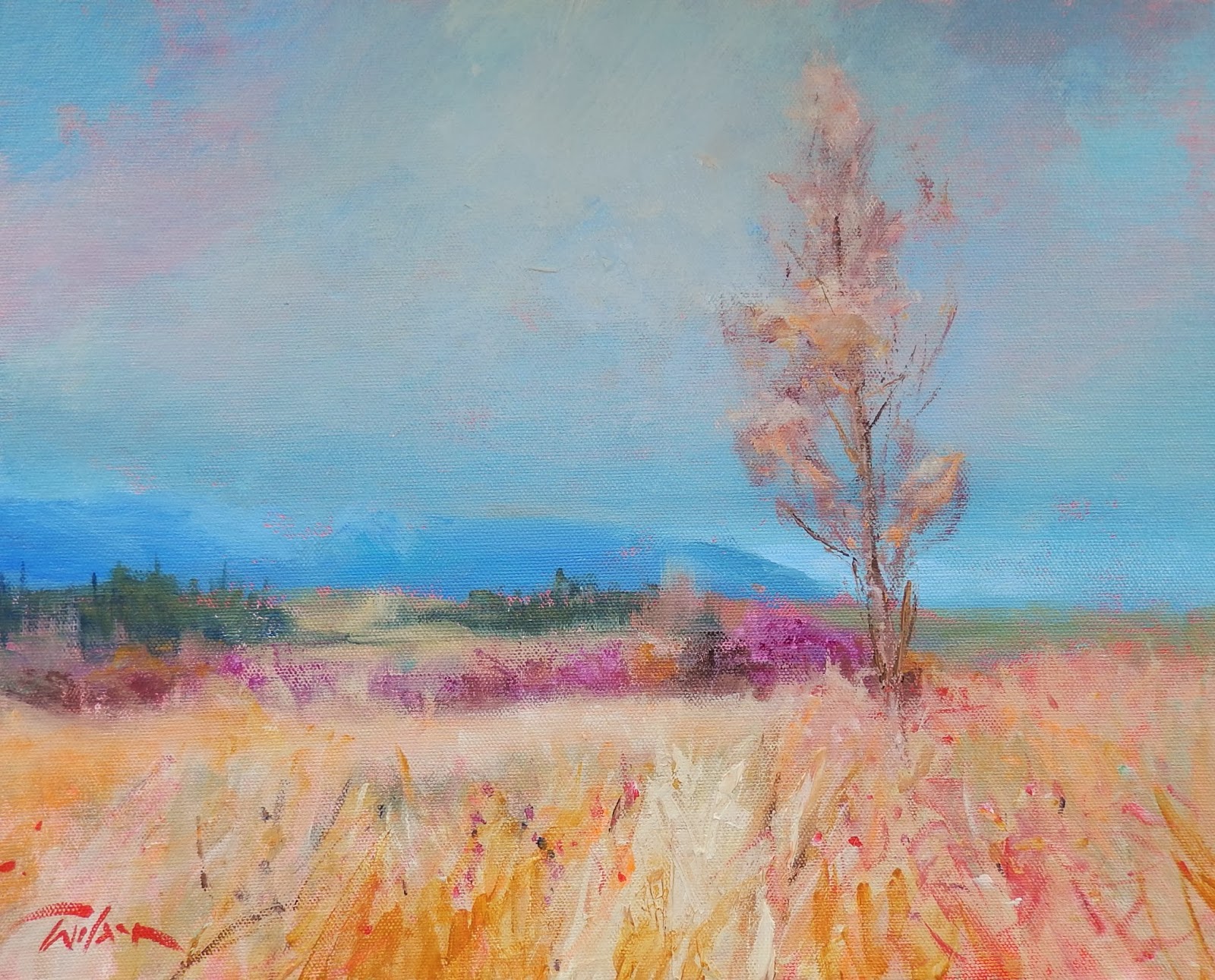 A leaden sky but a beautiful day. This wetland is a little way out of Duncan on the road to Nanaimo on Vancouver Island. Hit it for a larger image.
Acrylic - thin and thick. That's my treatment here. Want it? Email me. 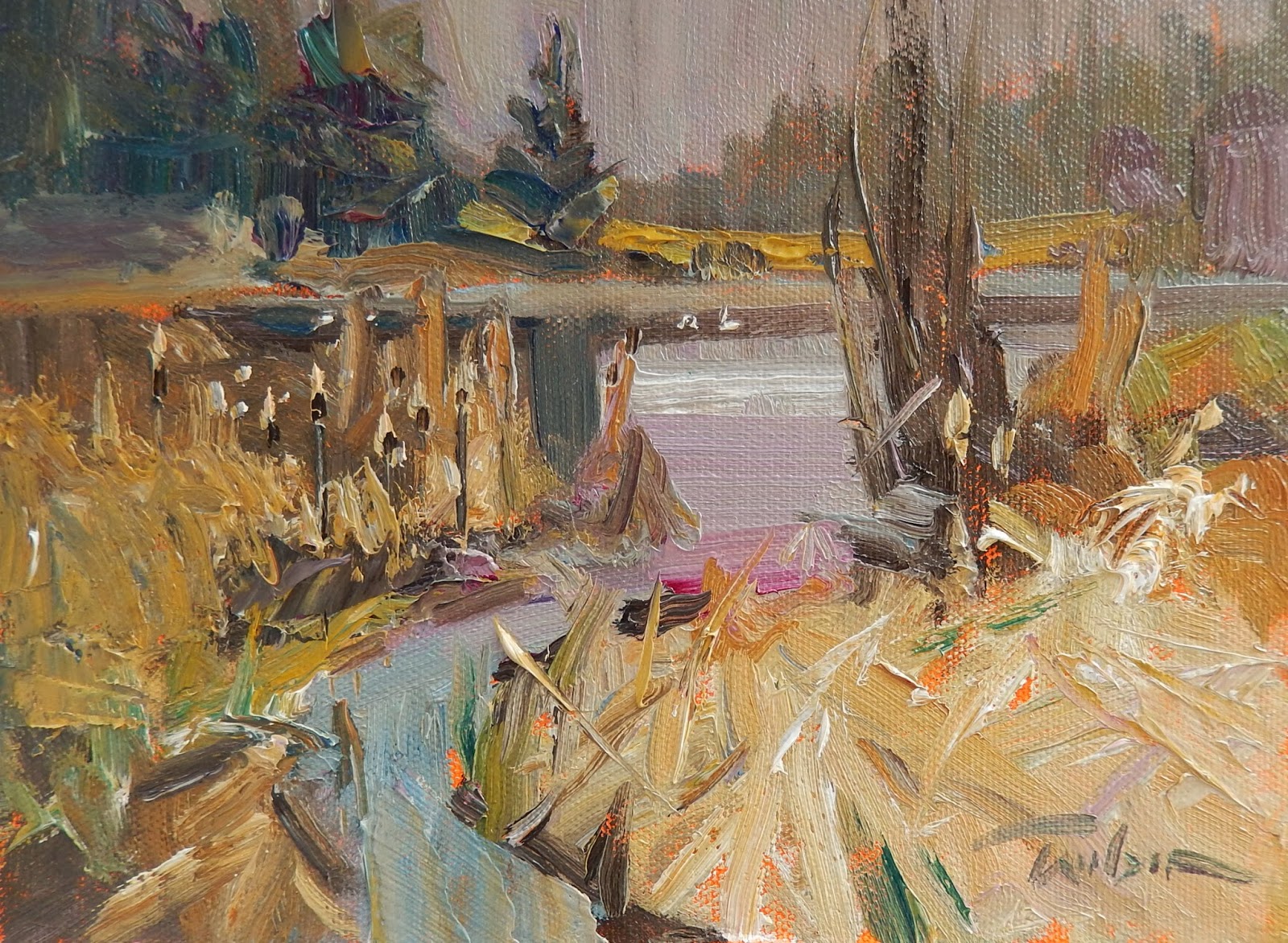 Having very little time 'cos I arrived late at the Viaducts Flats this morning, I chose to use a 6x8 canvas board and paint rapidly with a big brush. Hey, I like it! Hit the image for a bigger view. Do you want this oil sketch? Email me.
Posted by Ron Wilson at Friday, January 17, 2014 1 comment: 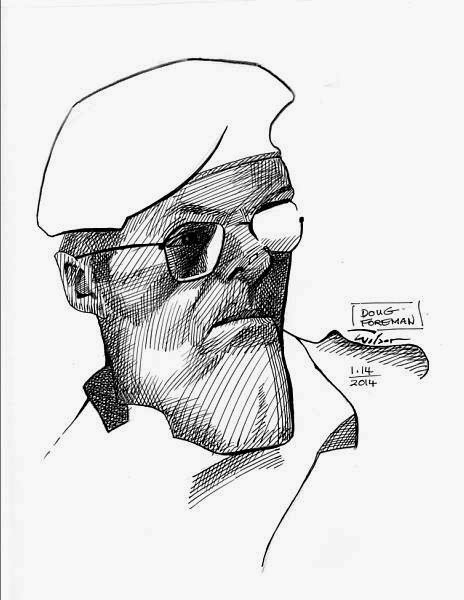 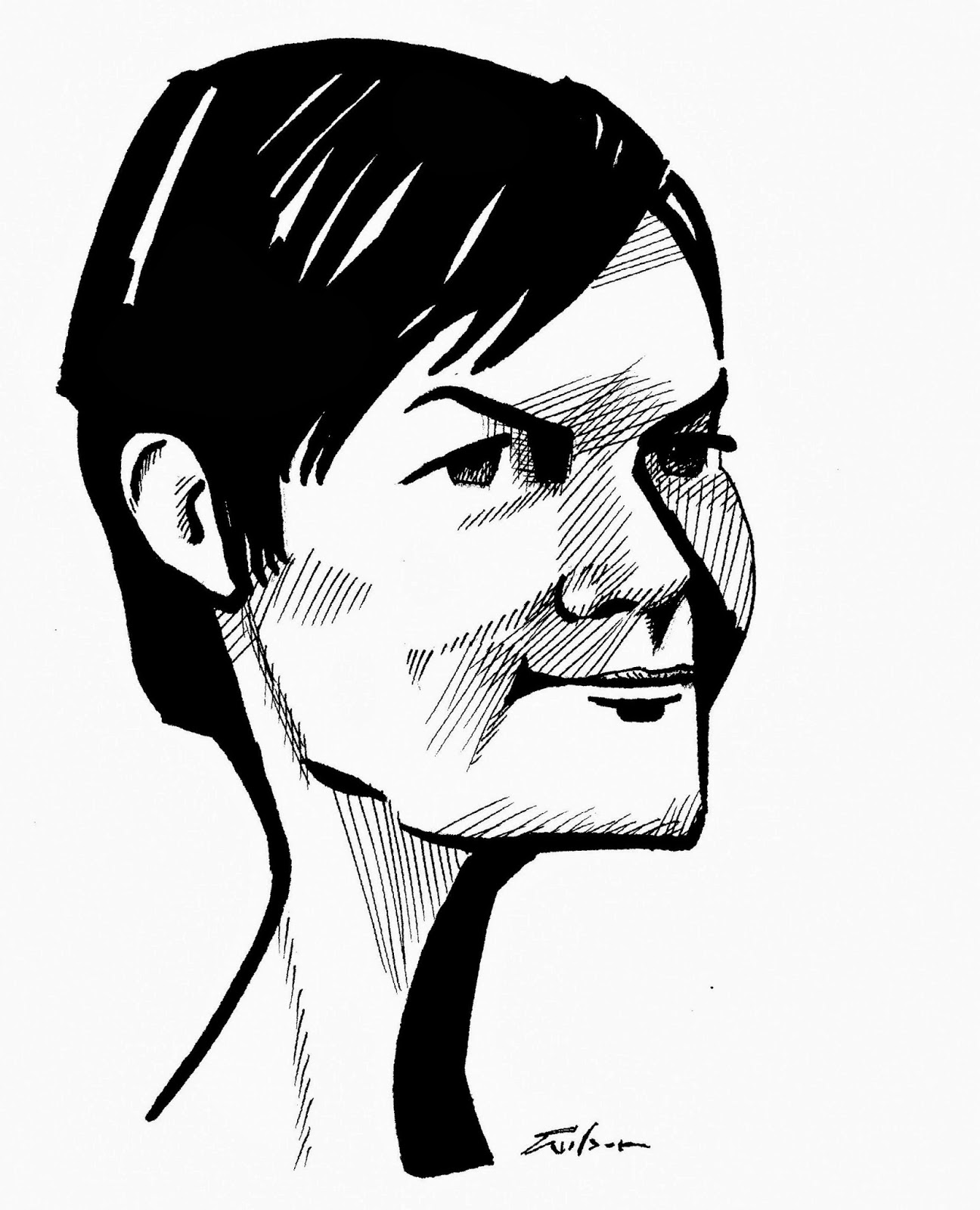 You have heard me declare before that Goward House is my testing ground for art in all sorts of media from oils to pastels and beyond. Well today I spent an hour crafting this pen 'n ink portrait of sitter Linda.
I believe that working in one medium visits kindly upon the other media that I find myself embracing.
My portrait of Linda was done very lightly in pencil first, then I gradually applied cross-hatching in pen before flooding the larger planes in bold black. Voila. Hit the image to see a bigger view. Comments encouraged. Thanks, Ron.

"Vineyard" now a mural in a wine cellar 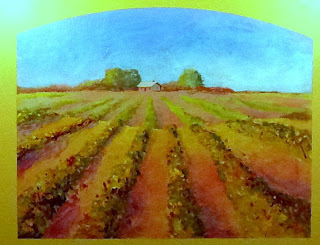 Following my tiny watercolour sketch in 2010 I was invited to paint the scene on the wall of a wine cellar, this time in acrylics. Size 24 x 36 inches. Naturally I adapted the feel of the piece to suit the cellar, the horizon line of the mural is about eye-level which is the convention for bigger pieces. Anyway, the owner was happy. He has place an oak barrel below it and a French wine box with raffia on the floor next to it making the whole scene so effective. No, I wasn't paid in wine!
Click the mural for a bigger image. 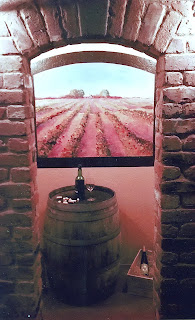